How to interpret the filing trends report

How to interpret the data in the Excel output

The filing trends analysis identifies the top technology areas where an organisation has increased or decreased their level of patent filing activity overall between 2013-2018.

The analysis will identify up to the eight most growing or eight most declining technologies, per portfolio, from the report you select to analyse i.e. the scope of the report is based on the organisations and technologies included in your Cipher report. 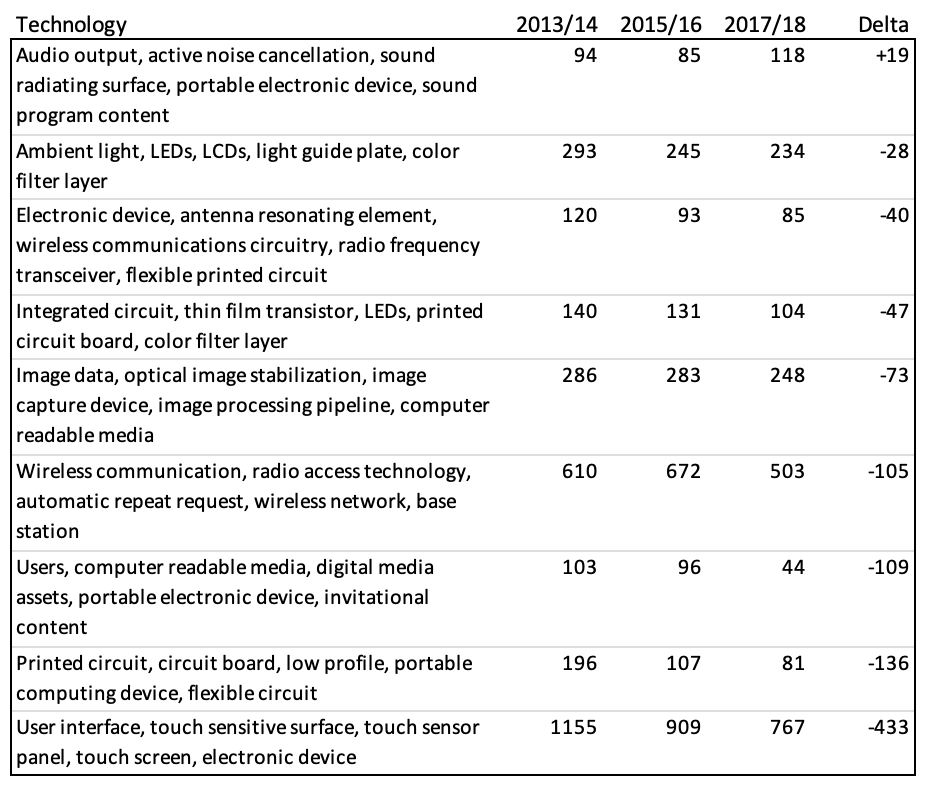 What is 'Delta'?
The overall change over time.

For example, In the example above, the overall change in number of filings for 'audio output...' between 2013-2018 was an increase of 19:

The total of 297 filings in a technology is significant, but it doesn't tell us if there has been an increased focus in this area compared to others. Calculating delta helps to identify dramatic increases / decreases, rather than counting by totals.

Can I specify the time period calculated in the output?
Not currently. The growth metric above is helpful because it evens out the data i.e. if there was a big spike in activity one year, you’d still see the growth for the last six years overall (it would not be skewed by the spike).

What data is being analysed?
All patents filed by the organisation(s) across all technologies in your report.

Need help? Request support and we'll connect you with a Cipher expert.

Did this answer your question?